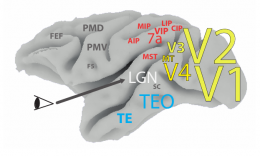 
Multimodal, hierarchical models for object manipulation - We have developed a generic framework for object grasping using our robotic platform. The main software modules perform object detection and pose estimation, grasp planning, path planning and robot arm and hand trajectory execution. Over the course of the PaCMan project, we will replace many of these modules by advanced modules developed by the project. For example, the object detection component, currently based on state-of-the-art methods, will benefit from hierarchical compositional models based on both 2D and 3D information. This representation will be useful both for reasoning in a cluttered environment where only parts of an object will be visible, and for improving object manipulation.
From Continuous Manipulative Exploration to Symbolic Planning - This work aims for bottom-up and autonomous development of symbolic planning operators from continuous interaction experience of a manipulator robot that explores the environment using its action repertoire. In the first stage, the robot explores the environment by executing actions on single objects, forms effect and object categories, and gains the ability to predict the object/effect categories from the visual properties of the objects by learning the nonlinear and complex relations among them. In the next stage, with further interactions that involve stacking actions on pairs of objects, the system learns logical high-level rules that return a stacking-effect category given the categories of the involved objects and the discrete relations between them. Finally, these categories and rules are encoded in PDDL format, enabling symbolic planning. In the third state, the robot progressively updates the previously learned concepts and rules in order to better deal with novel situations that appear during multi-step plan executions. This way, categories of novel objects can be inferred or new categories can be formed based on previously learned rules. Our system further learns probabilistic rules that predict the action effects and the next object states. After learning, the robot was able to build stable towers in real world, exhibiting some interesting reasoning capabilities such as stacking larger objects before smaller ones, and predicting that cups remain insertable even with other objects inside. (ICRA2015.pdf, humanoids.pdf).
Bootstrapped learning and Emergent Structuring of interdependent single and multi-object affordances - Inspired from infant development, we propose a learning system for a developmental robotic system that benefits from bootstrapping, where learned simpler structures (affordances) that encode robot's interaction dynamics with the world are used in learning of complex affordances (ICDL2014-Bootstrapping). In order to discover the developmental order of different affordances, we use Intrinsic Motivation approach that can guide the robot to explore the actions it should execute in order to maximize the learning progress. During this learning, the robot also discovers the structure by learning and using the most distinctive object features for predicting affordances. The results show that the hierarchical structure and the development order emerged from the learning dynamics that is guided by Intrinsic Motivation mechanisms and distinctive feature selection approach (ICDL2014-EmergentStructuring.pdf). 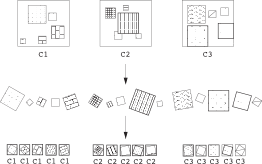 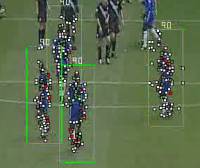